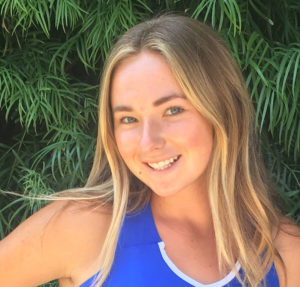 In the fall of 2018, our then 14-year-old daughter Ali was just entering her freshman year of high school.  As part of making the varsity tennis team, her coach recommended we participate in health screenings which go beyond the standard “well-checks” at our pediatrician’s office, and also went beyond the minimum requirement for high school athletes in California.

As a result of this short screening, we learned Ali was living with a potentially fatal heart condition known as
Wolff-Parkinson-Wright (WPW) syndrome.  If left undetected, WPW could have resulted in her experiencing Sudden Cardiac Arrest (SCA).  We were stunned to learn that SCA is the leading cause of death in young athletes.  Thanks to her talented Cardiologists and their teams, Ali underwent two heart procedures which permanently corrected her heart rhythm problems.

Now, she can continue playing the sport she loves, and live with peace of mind. She’s an active teen living a healthy
lifestyle, and our family has been preserved.

“We are forever grateful to Heartfelt Cardiac Connections, its donors, employees, technicians and cardiologists who make this
life-saving screening and early detection a reality.  With Heartfelt, MORE people can hear Ali’s story and we pray MORE lives                      can be saved.  One simple heart screening changed our lives…forever.  Thank you, Heartfelt!!! “ 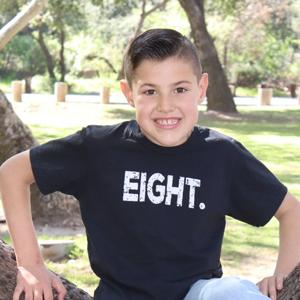 As the parents of two healthy children, when we decided to have our children screened by Heartfelt Cardiac Connections at a cardiovascular screening event at the Newport Beach Community Center, it was something done out of an abundance of caution rather than seriously thinking that the results would provide anything other than normal results.  Prior to this having this screening performed, both our children were healthy and active and neither displayed any signs of any underlying medical conditions.  Our children were regularly seen by their pediatrician and never missed a well-check appointment.

Imagine our surprise when we got a telephone call from Ms. Holly Morrell, the founder and director of Heartfelt, informing us that our 8- year-old son had a serious heart defect.  Thankfully, because the cardiac screening provided by the staff at Heartfelt, we were able to learn that our son had a bicuspid aortic valve.  Aside from the valuable diagnosis that was provided, Ms. Morrell has been a tremendous advocate in guiding us through the necessary steps that were needed to ensure our son would receive the best possible long-term care that he will need to protect his overall cardiovascular (change to cardio) health. 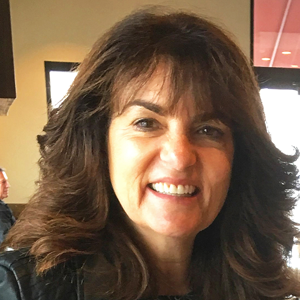 My story begins with the saddest day of my life on October 10, 2015. This was the day my 19-year-old son, Austin, died suddenly of cardiac arrest in his college dorm room. Several months later, Holly heard my story and sent me an email telling me a little bit about herself and the work that Heartfelt was doing. I met with Holly so that she could learn more about Austin’s short life and I could get informed about how Heartfelt is saving children’s lives. This was an eye-opening experience for me. I knew Heartfelt was for me.

A few weeks later I volunteered at my first Heartfelt screening. After a long day of screening a couple hundred kids, I was encouraged by Holly to also be screened. With hesitation, (and feeling like this was a waste of time) I laid down on the table. A few minutes into my echocardiogram, I started thinking, “What if my heart is not as good as I think?” As it turned out, I had an exceptionally low ejection fraction caused by a gene that I inherited from my father. My doctor recommended that the best solution would be an ICD. Two years later my heart is still ticking!

“I genuinely believe that Heartfelt saved my life and we were brought together for a reason. Holly and the Heartfelt staff are                        lifesavers! Heartfelt is committed to bringing awareness and early detection of Sudden Cardiac Arrest to our communities.                       Holly has dedicated her life to saving lives and I am honored to be a part of her efforts in whatever way I can.

She has always been by my side and continues to guide me through this journey.
I will be forever grateful to Heartfelt and I know that Holly and her incredible staff will continue to save lives for many more                       years to come. Go Heartfelt! “ 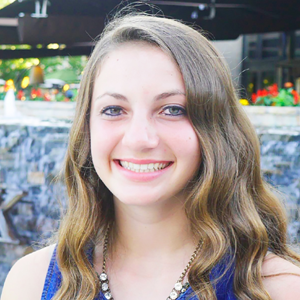 Rebecca ran cross-country, played JV basketball, and ran long distant track for Esperanza High School. In the summer after her freshman year, a girl’s sister on her cross-country team, Morgan, died suddenly on the tennis court from cardiac arrest due to HCM. This event, plus shortness of breath, that Rebecca felt frequently when running longer distances in cross-country (her doctor told her it was sports induced asthma and gave her an inhaler to use) troubled her often as though something else might be wrong. That fall, Heartfelt Cardiac Screening was offered at her high school campus, and Rebecca felt the urge to be checked. The screening was easy and didn’t take long. Rebecca was told they saw an abnormality from the screening, and that she should see a cardiologist. After further testing, Rebecca was diagnosed with Hypertrophic Cardiomyopathy.

“We are so thankful we discovered this through Heartfelt Cardiac Screening. Rebecca’s life has changed… Her heart disease is      managed now, and she is being protected.”
~ Dawn & Mark, Rebecca’s Parents 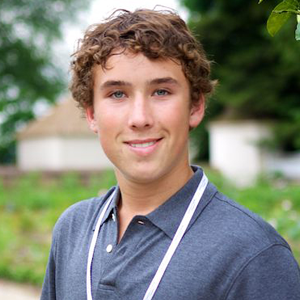 Our 14-year-old son, Zack, participated in a voluntary cardiac screening program through Heartfelt  that was offered this past fall for his football program at his high school.  Much to our shock, the screening turned up a problem in our otherwise very healthy, active, athletic kid. Zack’s irregular EKG led us to a pediatric cardiologist who diagnosed Zack with something called Wolfe Parkinson White syndrome, which is basically an extra electrical pathway in the heart that can lead to rapid heartbeat and other issues.  We learned that there was a procedure that can be done to eliminate, or at least damage, this second electrical pathway. Zack had this procedure done last week at CHOC and everything went well.  We are so grateful to Heartfelt for providing the screening program and for getting the word out there amongst school-aged athletes and their families. We consider his poor screening result a gift and are grateful for this program that can actually prevent a horrible tragedy from occurring. 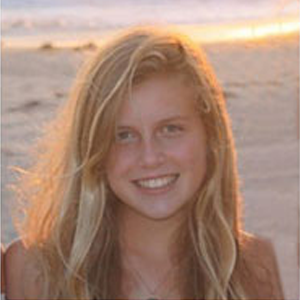 Prior to the cardiac screening she received from Heartfelt, Cheyne had no signs or symptoms, so you can imagine our shock when the surgeon explained that she was born with an atrial septal defect (ASD) or a “hole in the heart” about the size of a dime… Unfortunately, due to the size and location of the hole, Cheyne was not a candidate for a less evasive procedure, she would have to have open-heart surgery. The surgery went just as planned. Cheyne spent five days in the intensive care unit at CHOC Children’s Hospital in Orange, CA. Soon, after taking about two weeks to rest, Cheyne was back working out with her soccer team the week before school started. Though it was about 6 months before she felt fully recovered, Cheyne is now back and better than ever. Thankfully we will never really understand how lucky we are. 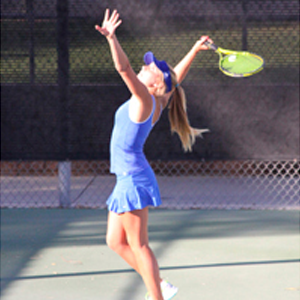 Dillon participates in Junior Guards, Advanced Hip Hop, competitive tennis and snowboarding. Her fit body kept a hidden secret. When she was born, Dillon had an extra electrical circuit in her heart which is a condition called WPW or Wolf Parkinson White Syndrome.  She experienced no symptoms such as an irregular or racing heartbeat that would have prompted us to see a doctor. Dillon had annual physicals for her immunization shots but it wasn’t until we took advantage of the high school Booster fundraiser physical that any heart testing was offered. The Heartfelt Cardiac Projects was offering heart screenings for a charitable donation and we took advantage of the opportunity to check off that box with their EKG and Echocardiogram tests. Was I surprised when the results came back indicating that Dillon’s results were out of the normal range with a Delta Wave on the EKG. I gasped when I google’d Delta Wave on an EKG, then began the process of figuring out what we needed to do.  READ MORE 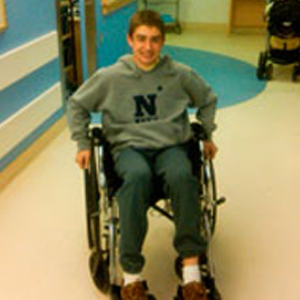 Holly, we cannot thank you enough for making this happen at St Margaret’s. Ryan was diagnosed with Wolf-Parkinson-White (WPW) syndrome in late August as a result of the EKG testing that was offered through the Heartfelt screening done at St Margaret’s, which we are extremely grateful was offered to all athletes. In basic terms, WPW is an extra conduction pathway between the atria and ventricles in the heart.  While the majority of individuals with this additional pathway remain symptom-free throughout their entire lives, there is a risk of sudden death associated with the syndrome. Based on the initial EKG reading from your screening, we had months of discussions and evaluations with cardiologists, cardiac electro-physiologists and other experts, coupled with lots of EKG’s and a very heavy stress test – think of the Russian in the Rocky movie. READ MORE 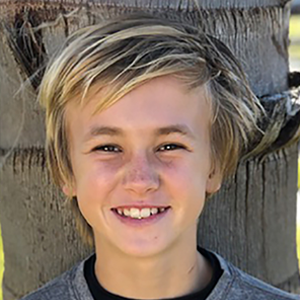 Kellan loves soccer and football. Thanks to early detection, he can still enjoy the things he loves. 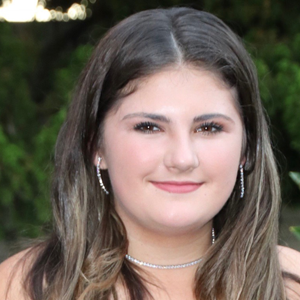 Prompted by the tragic loss of a young boy in her football club, Jadyn and her parents decided to get her heart screened. She had surgery and is back playing soccer. 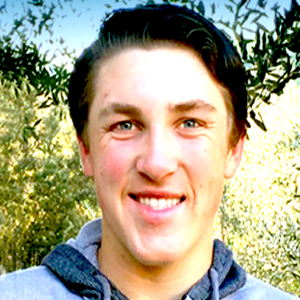 A Heartfelt screening alerted Matthew’s family to his life-threatening heart condition. He had a successful surgery and is now safeguarded. 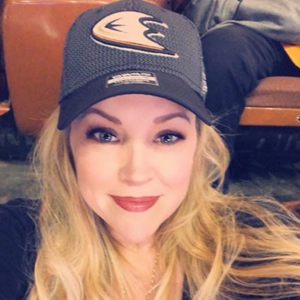 As is often the case, because I eat well, appear healthy and have normal cholesterol, my continued chest pain and breathing problems had been discounted by doctors. If it weren’t for my Heartfelt screening and recommendation to get to a doctor, I would have continued serious arrhythmia’s that could have been life threatening.