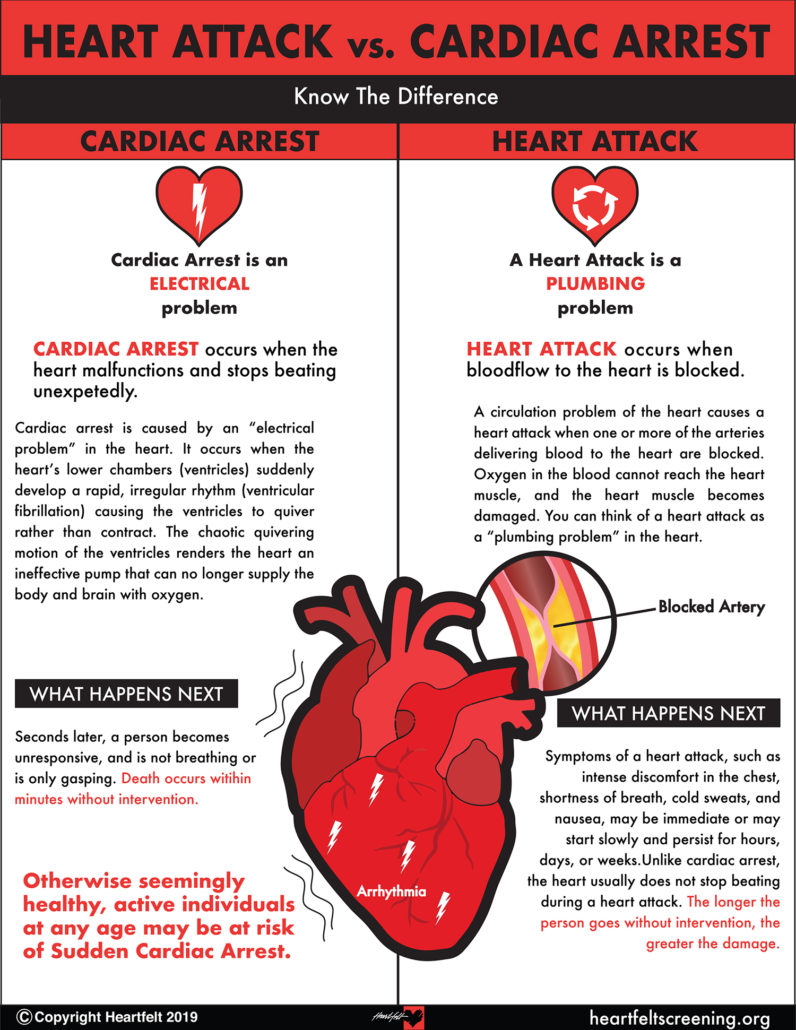 The Difference between Sudden Cardiac Arrest and a Heart Attack

Anatomy of a Heart Attack

In contrast to a heart attack, Sudden Cardiac Arrest is caused by an “electrical problem” in the heart. It occurs when the heart’s lower chambers (ventricles) suddenly develop a rapid, irregular rhythm (ventricular fibrillation) causing the ventricles to quiver rather than contract. The chaotic quivering motion of the ventricles renders the heart an ineffective pump that can no longer supply the body and brain with oxygen.

Within seconds, the person loses consciousness and has no pulse. Only immediate emergency treatment, such as cardiopulmonary resuscitation (CPR) and external defibrillation, can prevent death from Sudden Cardiac Arrest. Time is key to surviving sudden cardiac arrest, with chances of survival decreasing about 10 percent every minute without defibrillation. The American Heart Association recommends defibrillation within five minutes of collapse or sooner.